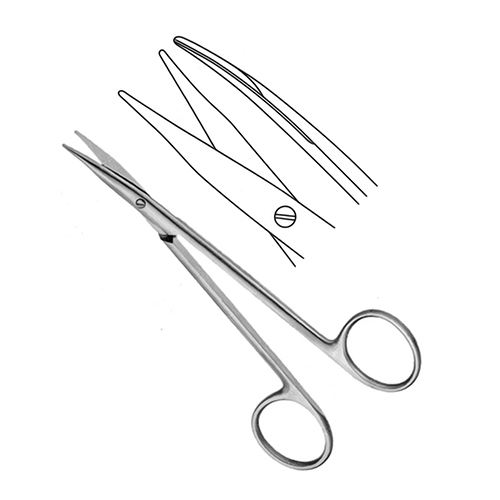 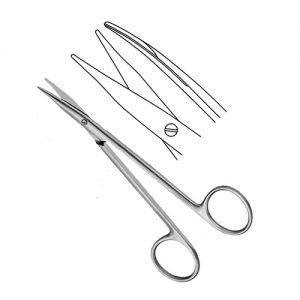 To cut and dissect tissue:

Scissors come in a tremendous variety of styles and sizes. They come in straight, curved and angular versions. When opened as wide as possible, well-made scissors will have a lot of play at the hinge. This is not a sign of malfunction but a required design feature. Some scissors have serrated blades. Serrations can also be added to most patterns by special order. Some doctors prefer the serrated blades because they believe it helps prevent tissue slippage.

Useful hints in usage:
The curved patterns are preferred by most surgeons for dissecting, since they provide a better field of vision for the areas to be cut.

Tungsten carbide (TC), an alloy of tungsten and carbon, is used in the manufacture of such instruments as needle holders, scissors, pin cutters, pliers and wire tighteners. Since the TC is harder than the steel used in needles, pins and wires, it results in instruments with exceptional durability. Usually the TC is soldered or welded to the jaws or working ends of instruments. TC inserts that are soldered can be separated from the instrument and replaced when they become worn. TC that is welded to the stainless steel cannot be separated, and therefore is not replaceable.

There are no reviews yet.

Only logged in customers who have purchased this product may leave a review. 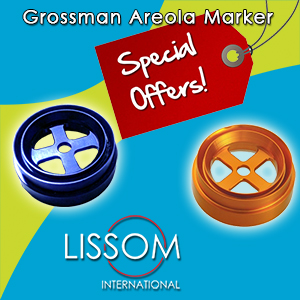 No products in the wishlist

Send message via your Messenger App
X
X
Cart
Your cart is currently empty.
Need Help? Chat with us
Start a Conversation
Hi! Click one of our member below to chat on Whatsapp
The team typically replies in a few minutes.
Lissom International
Talk to Us
Sign up for updates and shop new collections & promotions before anyone else.
GET ON THE LIST
SUBSCRIBE